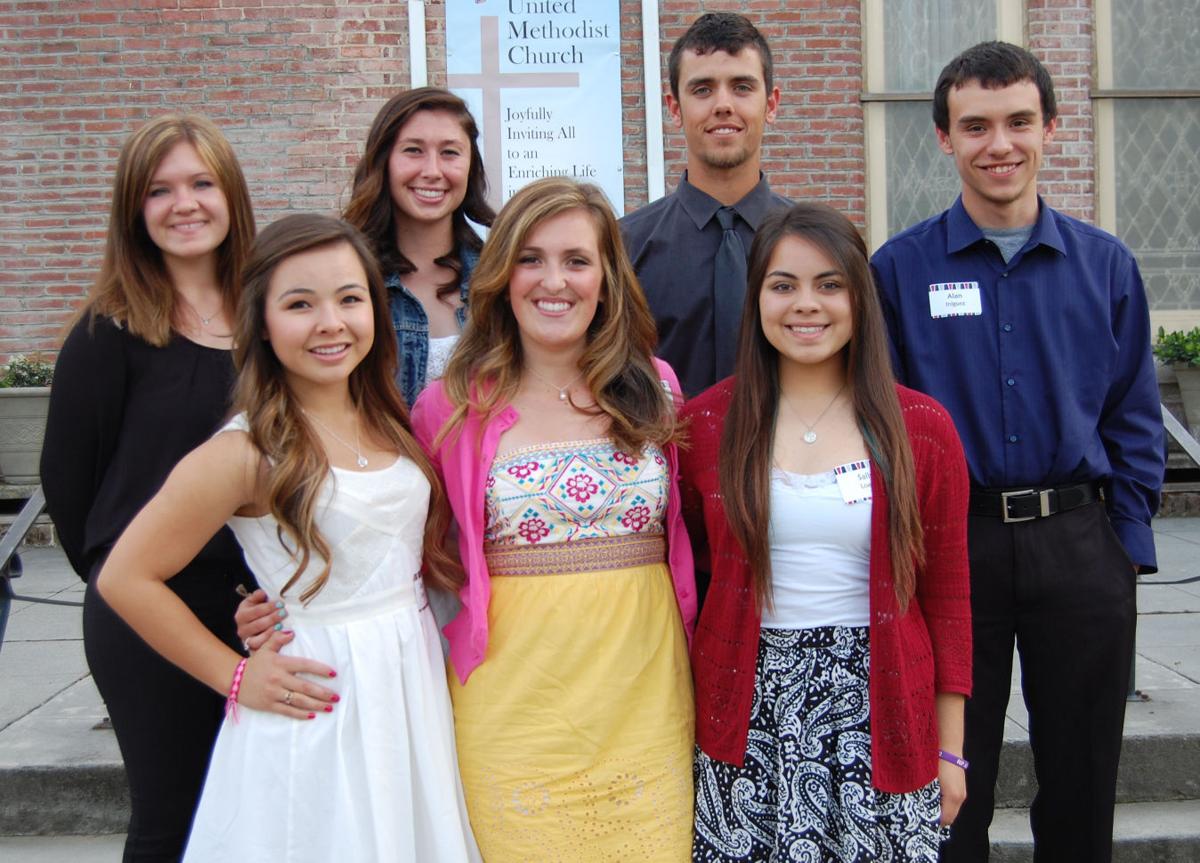 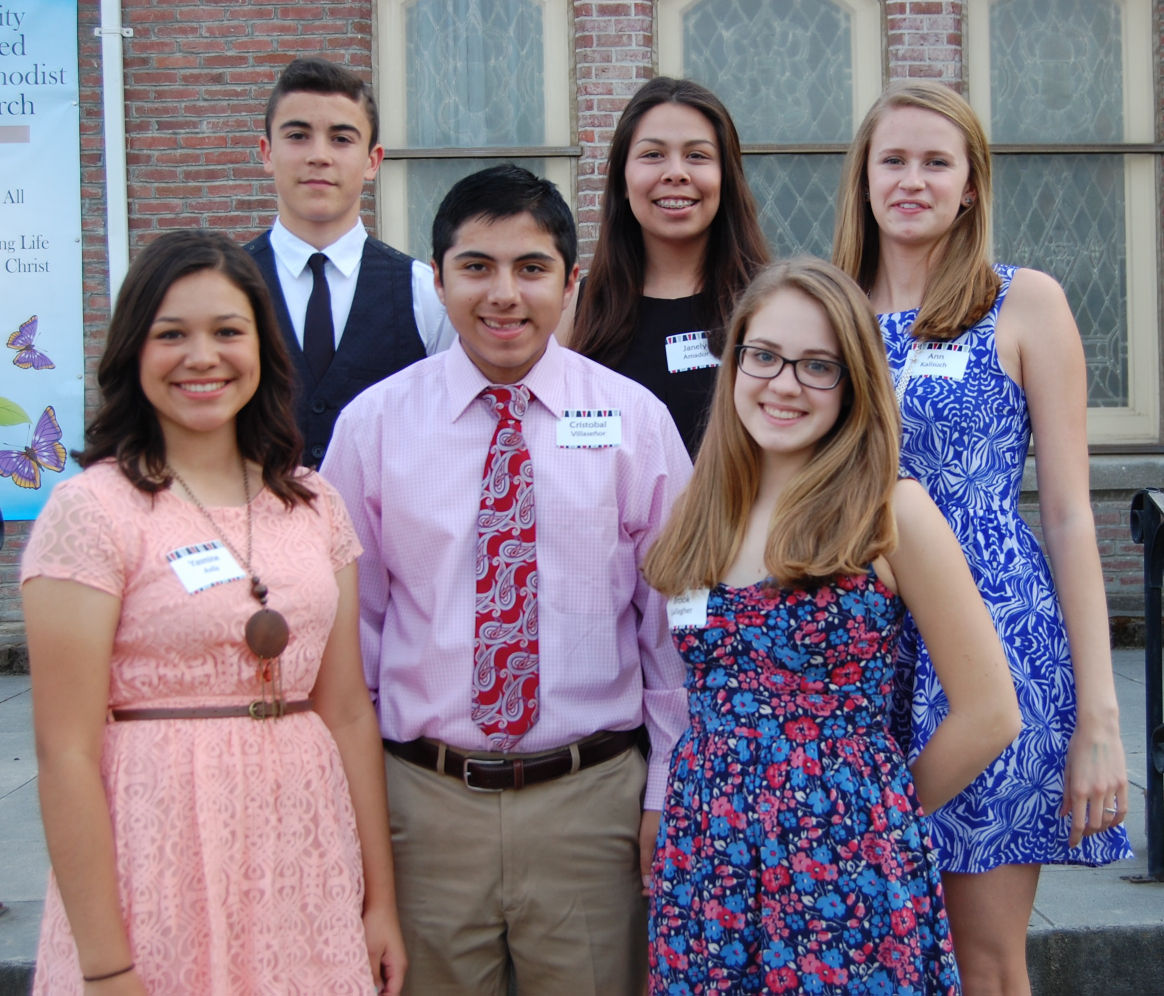 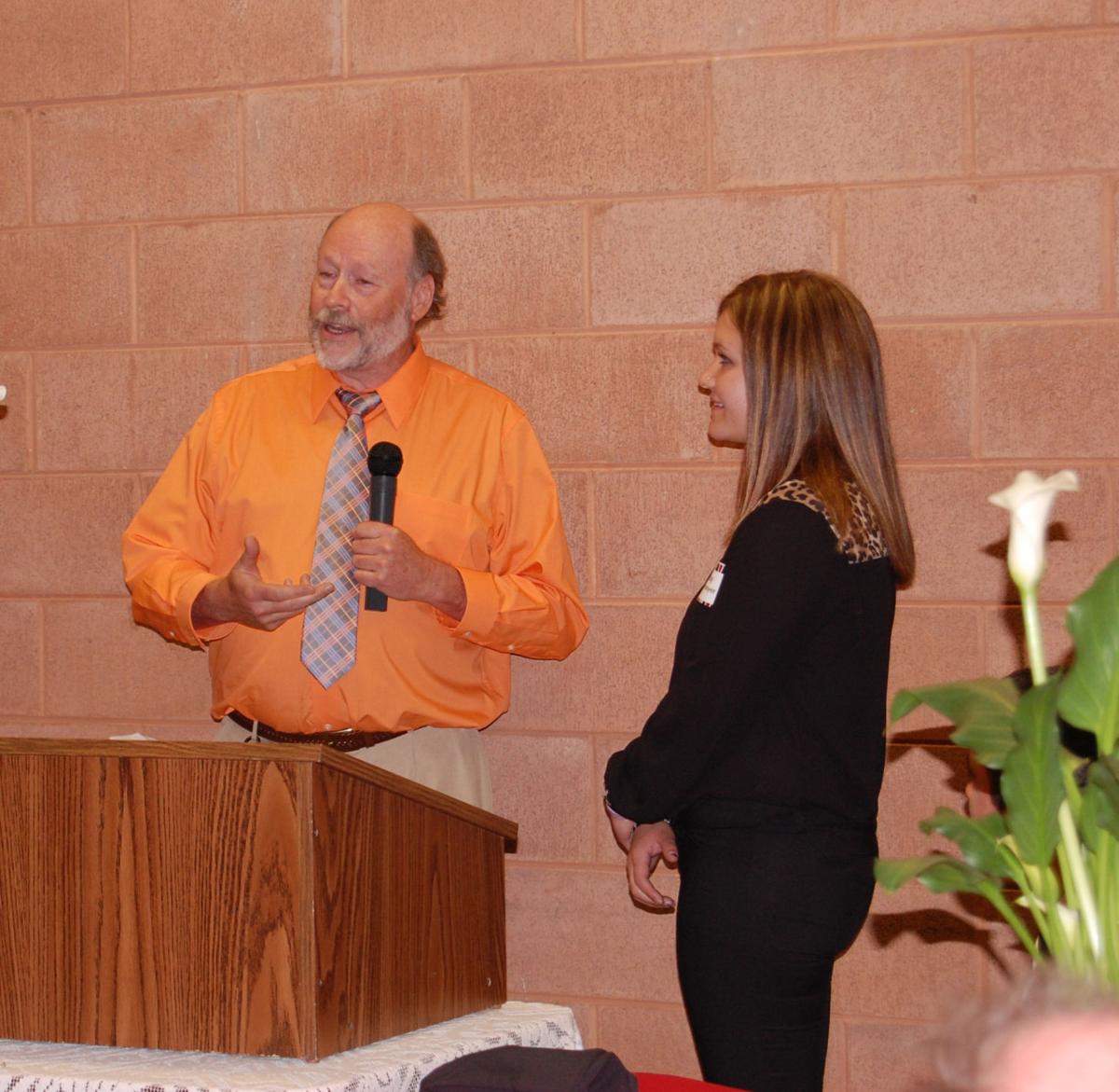 Colusa High School senior Rachel Davison wants to become a nurse. Alan Iniguez plans to use his love for math to become a financial analyst.

Shayne Myers has her heart set on agriculture, and Sally Loeza plans to study psychology when she heads off to Westmont College in Santa Barbara in the fall.

Some of Colusa's best and brightest students still aren't sure what they want to do after they graduate this year or next, but they all have bright futures.

What the top junior and seniors at Colusa High School also have in common is they have been singled out as the Super Seven by the Torchbearer Gamma Chapter of Beta Sigma Phi and Soroptimist International of Colusa County.

"We've been doing this for 41 years," said Sorority member Minnie Lawrence at the annual Super Seven dinner on Monday at Trinity United Methodist Church in Colusa.

The event, first started by the Colusa Woman's Club, also recognizes the teachers most influential in the Super Seven seniors' education, which was added to the event lineup when the Soroptimists joined in organizing the dinner.

Although life might be far different from what the previous generations of graduates faced — some of them Super Seven alumni — Colusa's top academic scholars have been well prepared by their education in Colusa schools.

"(They) have what it takes to compete with everyone else, even those from Bay Area private schools," said attorney Luke Steidlmayer, a Super Seven alumnus from the class of 1998, who spoke Monday about growing up, life after professional baseball and returning to Colusa with his wife Erin, also an attorney, to go into practice with his father.

Colusa County Superintendent Mike West praised the students for their high achievement and encouraged them to follow their hearts and do their best to reach their goals, despite the challenges they will no doubt face.

"It calls upon (them) to be independent, to persevere and to be determined to chase after any dream (they) might have," West said.

In addition to Davison, Iniguez, Myers and Loeza, seniors recognized as the top seven scholars in their class were Cheyenne Laux, Kolby Steidlmayer and Matthew Steidlmayer.

Rachel Davison is the daughter of Frank and Julia Davison. She is a cheerleader and member of the soccer team. She works at Fouch & Son Pharmacy in Williams and plans to study nursing at California State University, Long Beach.

Alan Iniguez is the son of Jose Iniguez and Rosa Araiza.

His primary interest is math, and he plans to attend the University of California at Berkeley. He is a member of ESA and the cross country team.

He recognized math teacher Kim Olsen as most influential.

Cheyenne Laux is the daughter of Jacob and Shannon Laux.

Her main interest in school has been maintaining a 4.0 GPA. She plays tennis and works at Dragon Island Chinese Restaurant.

Laux plans to attend Cabrillo College in Santa Cruz before transferring to the University of California at Santa Cruz.

She named her elementary school teacher Jim Imhoff as being the most influential.

Sally Loeza is the daughter of Sayrol Lara. She is a member of FFA, ESA, the Debate and Spanish clubs, and is a cheerleader. She plays basketball and participates in track. She works at Fouch & Son Pharmacy in Williams.

Loeza also recognized Kim Olson as having the most influence on her education.

Shayne Myers is the daughter of Randy and Stephanie Myers.

She is involved in the Associated Student Body and serves as senior class president. She is also a member of FFA and CSF. She plans to study agricultural economics at Oklahoma State University.

Her interests are in art and science. She is a member of FFA and CFS.

She plans to study animal science at Cal Poly in San Luis Obispo.

She also named Robert Kirkman Sr. as her teacher of influence.

His interest in school are math and baseball. He is a member of FFA and is a member of the Colusa High School baseball team. He works on his dad's farm and plans to earn a degree in agricultural science at the University of Nevada in Reno.

All seven seniors were recognized as the Super Seven juniors at last year's event.

Are you concerned about the rising tensions with North Korea?

Sorry, there are no recent results for popular videos.

Sorry, there are no recent results for popular commented articles.

Express your opinion! Fill out this form to submit a Letter to the Editor.